Chloe Sells : The Place of the Dry, Dry
exhibition extended until June 27 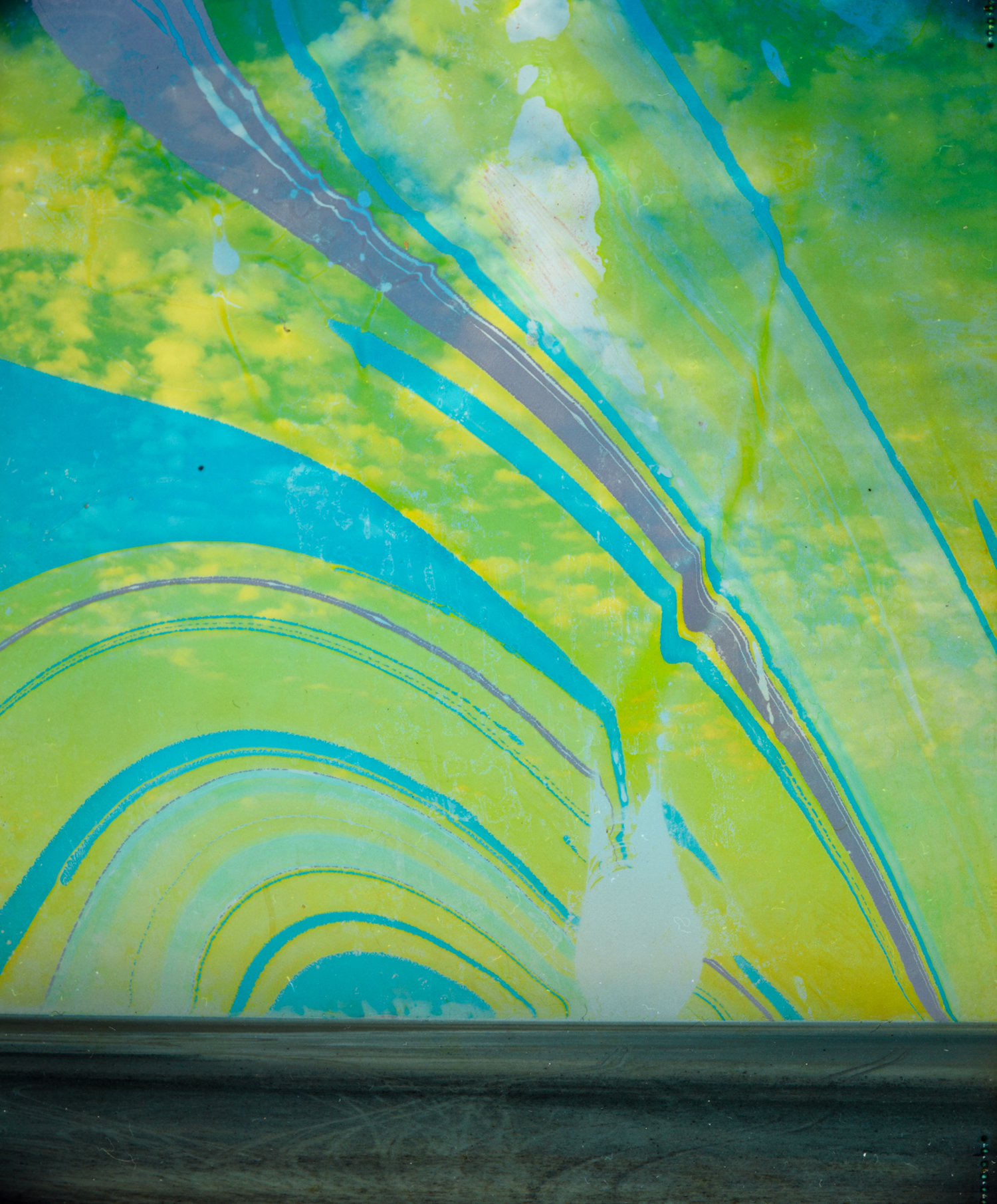 Chloe Sells produced these recent works in the Makgadikgadi Salt Pans, in the Kalahari Desert of Botswana, the artist book SWAMP (pub. Gost books, 2016) presents the entire body of this work.
"Driving into the searing heat of the white desert, I watched for the lone palm trees that line the banks of the unfaithful rivers, marking the beginning of the Makgadikgadi Salt Pans. I turned onto a well-worn track that led to an expansive savannah. Carved out of the spiny grasses were two nearly invisible lines that faded as I drove until becoming dust. Just then, a shoreline presented itself. The water was opalescent with the reflection of the setting sun and thousands of birds filled the sky. The breeze reached me swollen with their calls. The Makgadikgadi Salt Pans are in the Kalahari Desert of Botswana. Seen from space they look like white blemishes on the surface of the earth, birthmarks of time. I first came for the flamingos, but I returned for something else. I stood on the edge of the Pans asking myself whether to portray beauty for the sake of beauty. Dave Hickey says that, “The utility of beauty as a legitimate recourse resides in its ability to locate us as physical creatures in a live, ethical relationship with other human beings in the physical world.” When full the Pans look like the sea, but within days the water can evaporate leaving cracked earth like the skin on an elephant’s back. Disorientation seizes you as every direction reveals an identical view. There are Kalahari lions somewhere in the distance – or perhaps close to hand, golden in the golden grasses. Each time I visited the Pans a kaleidoscopic panorama unfolded around me, which I interpreted through days of taking photographs and later through months in the darkroom. The meditative approach of addressing the same landscape repeatedly allowed me to confront the finite within me while witnessing the infinite without. With the complete removal of light, the silence of the darkroom is penetrating. As a result of bending the rules of photographic alchemy, image and imagination become entangled. The printing process is both considered and spontaneous. Despite the small space the work is physical. Repetition allows backwards and forwards movement through the flow of time and memory. Color reinterprets emotion. Imposed textures retrace geographic contours. Crooked edges are a result of cutting 50 metre rolls of paper in the dark and are left on the final images as a reminder that the view of the world through our eyes is not rectangular. Some images are drawn on with a combination of ink, paint and marker. In each telling there is play between the immutable and the supple and every picture is unique."

Chloe Sells was born in Aspen, Colorado and began photographing in 1993. She attended the Rhode Island School of Design and received a Bachelor of Fine Arts in photography. She completed her Masters in Fine Art from Central St. Martins London. Her work has been exhibited internationally in multiple solo and group exhibitions. She has published two acclaimed books, SWAMP (2016) and Flamingo (2017), both published by GOST Books. She currently lives between her darkroom in London and her home in Maun, Botswana. Chloe photographs with a Contax 645 and Linhof 4x5. She still uses film and prints all of her work in the darkroom, by hand. Each of her works is a unique analogue C-type print, using conventional negatives overlaid with abstract colour, light, texture and patterns in the darkroom. In some instances, after printing, she draws into the surface of her photographs with paint, ink and marker.